The Arlington Baths Club first opened its doors in August 1871.  But what were Woodlands and the West End like at that time?

We took a look at a few old maps to see how the area developed.

To start with here’s what the area is like today. The Bath’s location is marked with a blue pin. 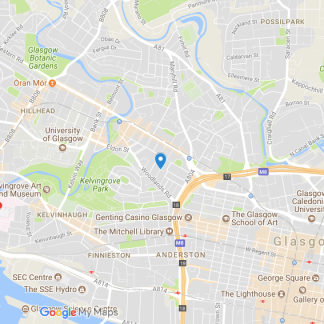 But here’s Woodlands and Hillhead in 1860, 10 years before the Baths were built. 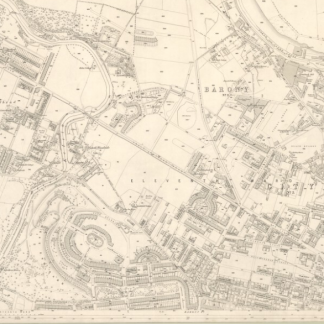 The West End. Click to see a larger image

Close-up of Woodlands. Click to see a larger image.

These are from the Ordnance Survey 25 inch to mile series, first edition, surveyed 1857-58 and published 1860, reproduced with the permission of the National Library of Scotland.

You can see that the area is not very developed – there are buildings but also big spaces in between.

The West End. Click to see a larger image

The Woodlands area. Click to see a larger image

These maps are from the Ordnance Survey 25 inch to mile series, 2nd edition published 1896. Reproduced with the permission of the National Library of Scotland.

You can see immediately that it’s much more built-up. And you can see the Baths on this map. 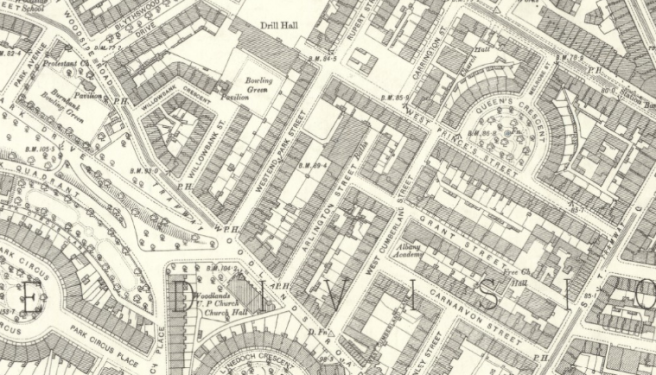 Though the gap in Park Circus is still there. In fact it’s only just being completed this year! See the Glasgow Live website for more details.

Some key dates for the West End:

So this was an area that was undergoing expansion and developing over a few decades. It was an area with facilities – like the Arlington Baths Club – for the growing middle class of Glasgow.

The Arlington Baths Club – a members-only swimming pool – was the first of it’s kind in United Kingdom. As Glasgow grew so did the Baths, and other similar baths were established both in Glasgow and beyond.

So in 1921, on the Club’s 50th anniversary, W Boyd Anderson, the chairman of the Board, declared that “The Arlington may truly have said to be the mother of them all.”